To All The Boys I’ve Loved Before: Third times the charm 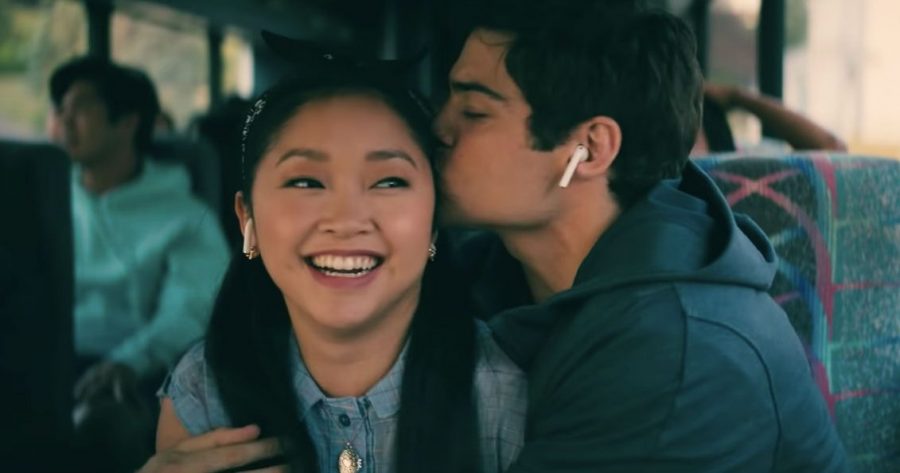 Fans of the book and movie trilogy To All The Boys I’ve Loved Before have different opinions on the last movie of the series that came out on February 12th.

Many people around the world sat excitedly in front of their televisions and computers the Friday of Valentine’s Day weekend waiting for the release of the new To All The Boys I’ve Loved Before movie. The series of movies are based on a trilogy of books written by Jenny Han about Lara Jean, a high school girl who has written a series of letters to all the boys she has ever had a crush on. These letters are sent to all the boys and the books and movies follow the relationship Lara Jean has with one of the boys, Peter.

In the last movie of the series Lara Jean who is played by Lana Condor and Peter who is played by Noah Centineo are in there senior year and preparing to head off to college. The two struggles with keeping their relationship intact when Lara Jean does not get accepted into the same university as Peter. This film follows their journey to figure out how to go about their relationship after high school.

One problem people had with the last film was how the director portrayed the main couple, Lara Jean, and Peter. One of the main points of any romance movie is that the main couple be more attracting or interesting than any other couples in the film. For example, the main characters in 10 Things I Hate About You, Kat and Patrick, were never overshadowed by the other characters or couples featured in the movie like Bianca and Cameron. However, in the final installment of the To All The Boys I’ve Loved Before series, many of the fans expressed a disinterest in the main characters.

“I honestly was more interested in Trevor and Chris’s relationship,” said Freshman Hellen Perez, a fan of both the books and movies. “I think they should have had their own movie.

One thing that the film did well was their casting of each character. Starting with Lana Condor who continued to do an incredible job portraying the character Lara Jean in each movie. The author of the books the movies are based on, Jenny Han, found Lana when she was working on the X-Men movies and immediately wanted her to be considered for the role. The casting for this movie was very important especially since many of the charters being portrayed are part of minority groups that are not usually well represented in the media. This is big step up compared to other romance movies like The Kissing Booth that had a mainly cis-gendered Caucasian cast.

“I really love the representation this film has,” said Sophomore Kennedy Mulvey. “It’s good to make sure everyone can see themselves in these types of movies.”

I honestly think this movie hit the mark on many aspects including outfits, music, and clothing. It’s great to have a new set of teen romance films for teens to enjoy since many people haven’t really had a good teen romance films since earlier films like A Walk to Remember and She’s All That.