City of Coral Springs: Activities Are Back! 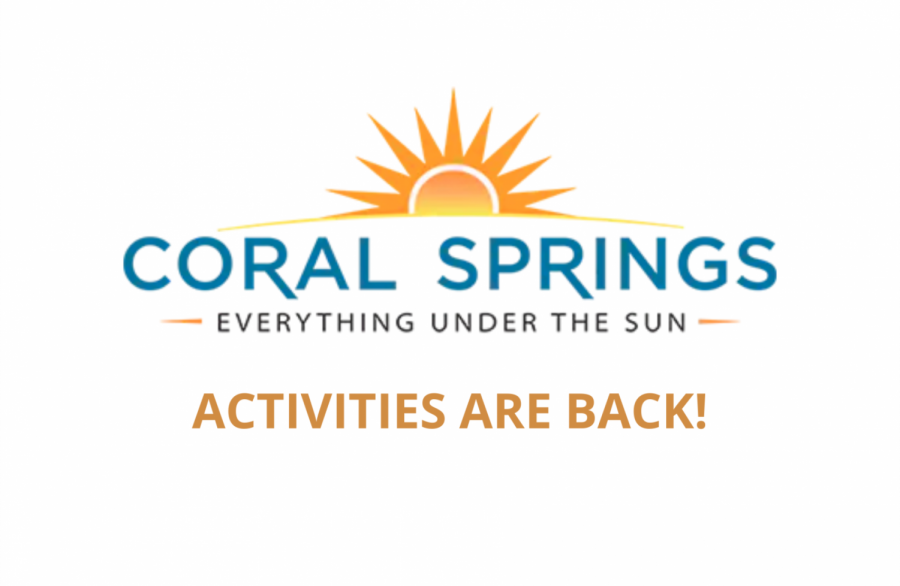 After a year and a half of pandemic shutdowns, it looks like the City of Coral Springs is opening events up. Towards the end of the summer of 2021, events and activities came back to the citizens of the city, and now these events are starting to become a normal part of Coral Springs again.

The pandemic does not seem to be going anywhere, so people have decided to get on with life. Schools opened with full in person occupancy. After school programs and sports are in full swing, and the city has reintroduced some of Coral Springs’ favorite events. “I think it’s exciting to now have a sense of normalcy again” said senior Gia D’Attile.

School opened for the 2021-2022 school with no virtual option for students, which meant that all students reported back in person on August 18th.  Major traffic congestion has returned with the Coral Springs Police Department issuing several public warnings to the city residents advising that violators will be issued tickets if rules are not followed and/or obeyed.

Extracurricular activities such as sports and club events have returned with a full schedule. The Coral Springs Chargers football team and the Coral Springs girls’ and boys’ soccer teams are having practices and games again. Every Saturday, you will most likely drive by any park field and see parents once again cheering for their kids. The Coral Springs Art Museum has resumed art workshops and announced upcoming art camps along with other organizations in the city following suit. “I think it’s really nice they’re bringing back community activities because it brings the community together,” said senior AJ Prendergast.

The city-sponsored events have returned, much to the delight of Coral Springs residents. Bites-N-Sips returned in the month of September with the focus on Hispanic culture. Oktoberfest will return October 16th on the lawn of City Hall in Downtown Coral Springs. Oktoberfest is an event that celebrates German culture with music, food, and adult drinks. “I think it is good for the companies of Coral Springs because it can publicize more companies,” said freshman Kiernan O’Neil. It is a much-loved event within the city. The city is also hosting Monster Splash at the Cypress Pool on October 23rd and the 24th. These two events are the beginning as to what is to come in the upcoming months.