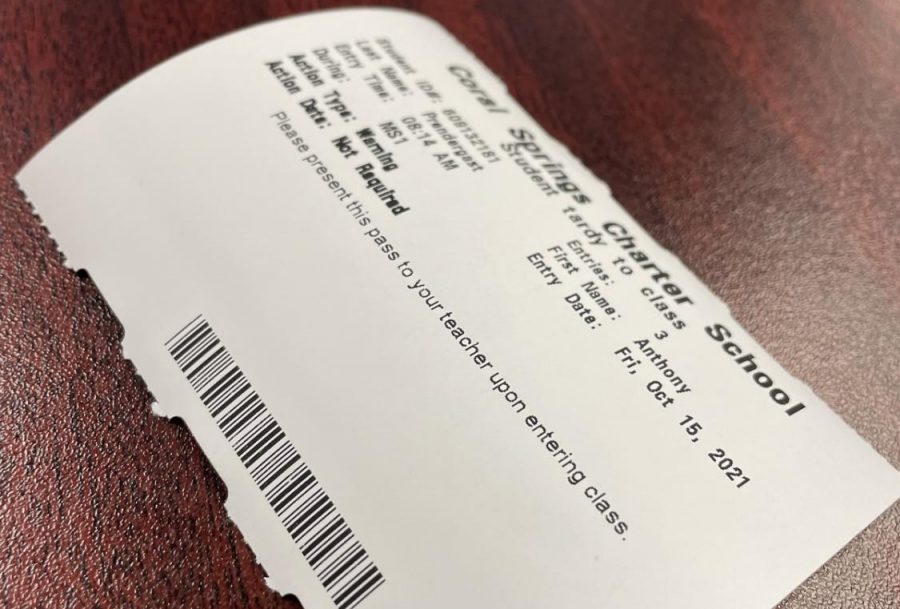 This year, late passes have been a daily occurrence in some students’ lives. Dean Alexander Groothuis thinks that one of the reasons that there is an increase in late passes is because of the transition of getting back to normal. He says that if he had to guess a percentage increase of late passes from before COVID-19 to now, he would say about 10%.

Many students have thoughts and theories on why late passes have been increasing. Students think that the traffic in the hallway is one reason for being late to class, as there is barely any room to move in the halls in between classes

Another reason is that the car line is busy. Many must wait in line or get out of their cars near the bus stop at the library and walk into school, while still having to go to their lockers to grab their belongings.

Dean Groothuis gave the following advice. “Treat your timeliness as the following: 10 minutes early equals on time, anything less than 10 minutes equals late.” He said not only should this apply to school, but it should apply in life as well.

We shall see what the world of late passes leads us into, and whether students or administration will change their ways regarding late passes. If they do, what will that change be for either side?