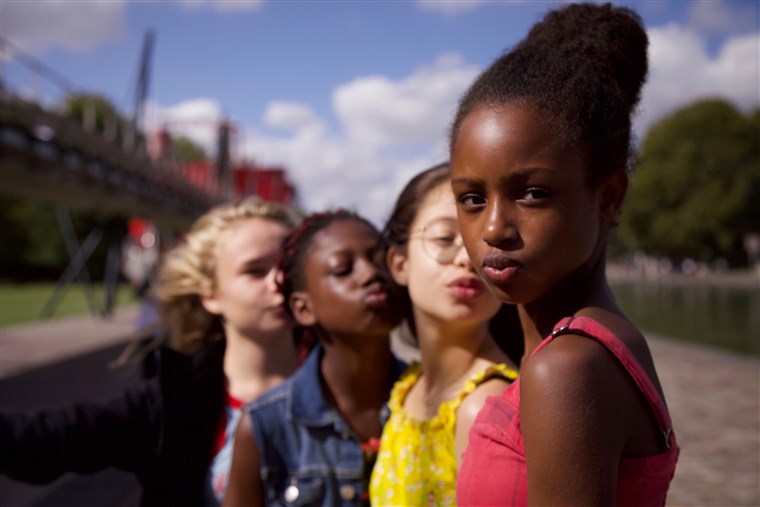 Netflix put out a new Netflix Original called ‘Cuties’ on Wednesday, September 9. As people started to watch it, they put out some strong opinions on the topic of the movie. According to Variety, the movie “[shows] the girls performing highly sexualized dance routines and depicting the characters in other sexual situations.”

Many older women and parents have shown their feelings about this movie. “I believe it’s horrible because they’re children and they shouldn’t have to be forced to grow up at such a young age.” said Ursula Soto, mother of 9th grade student Ariana Soto. Soto thinks the world today is forcing children to feel the need to show off their bodies at a young age.

Furthermore, many others have already canceled their subscriptions without even thinking twice. On September 12, just three days after the movie had been released, Netflix had already lost 9 billion dollars in subscriptions. “The hashtag #CancelNetflix was in the top-trending spot on Twitter,” said Variety. Many tweets accused Netflix of “enabling abuse” and called the creators of Cuties, “sick perverts.” Variety also said, “Netflix’s cancellation rate in the U.S jumped to nearly eight times higher than the average daily levels recorded in August 2020- reaching a multiyear high.” It is unclear how much Cuties will have an impact on Netflix’s numbers, but they have lost most of their customers.

In addition to these parents being mad, many children and young adults are aggravated about this topic. These young adults are upset because they have siblings of that age or just because this movie deals with a lot of problems going on in the world.

“In my opinion, I feel as if the movie portrayed the young girls following the society now. They were participating in very inappropriate actions and dances which they should not be for their age.” said Sophomore Melissa Gedeon. Since she is older, she agrees that these girls are too young for this movie which the entire world can see.

There are also kids that are close to the age of these young girls who have their own opinions to share. “The children from this movie are getting treated like props and in this time and age I don’t think it’s right for this movie to be out.” said Freshman Maya Anthony. On the other hand, this movie could also be a lesson in the end about what needs to happen in the world. “Something that could come out of this movie is showing the world that things need to change because of the way young women are portrayed.” said Anthony.

Along with parents and kids speaking out, the director of Cuties, Maimouna Doucouré, has shared how she feels about allegations against this movie. Doucouré, said on TheWrap.com that she is “fighting the same fight they are to stop the exploitation of young girls.” She wants to protect the children. “It’s a critical statement of how girls are exploited.” said Doucouré.

This movie has stirred up many opinions and feelings about the way the world works. Netflix’s numbers are declining, and more people have canceled their subscriptions. Netflix has not taken down Cuties, but there is a petition with 415,981 supporters to take it off the internet. Most people think Netflix should be canceled because this movie is showing that it is okay for young girls to be shown twerking and dancing inappropriately. Others are okay with this because it might teach the world a lesson about young girls.

Whether or not we agree, Netflix is a business and will run it the way they see fit. They may lose many customers, but chances are they would rather stand by their product then fold under pressure. At the end of the day, being in the movie business is a gamble and they are making a huge one with the movie Cuties.