Bringing the “A” Game 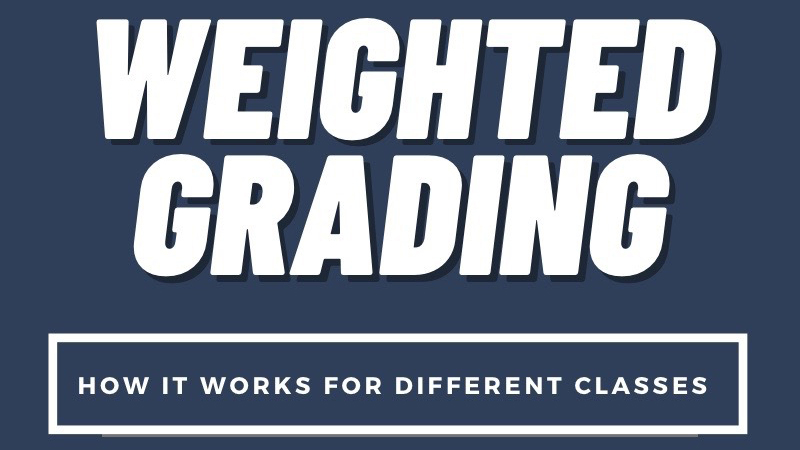 At the beginning of the first quarter, students at Coral Springs Charter were met with a new system of grades – weighted grading. This would split the total grade into percentages, with different categories for different types of work (i.e., mastery & practice). For honors, AP, and AICE classes, the ratios are split 75% mastery and 25% mastery. While for general ed./regular level classes, it is split 60% mastery and 40% practice.

“In my personal opinion, I kinda like it,” said Senior Nick Wagner. “The new practice-mastery system rewards you if you actually know the subject and the concepts and ideas.”
In this new system, mastery assignments include higher, more substantial grades like tests, quizzes, and larger assignments. While the practice category is a bit broader, spanning over the smaller, more numerous assignments that the student is given. These classifications are split into 4 different sub-groups (i.e., mastery 1-4) with 4 being the highest number of points, and 1 being the lowest.
“It doesn’t mean that everything that’s not a test is practice,” said High school Social Studies teacher Andrew Groothuis. “That’s not what the system is. It’s up to the teacher what’s practice and what’s mastery.”

Due to its change in handling the amounts given per assignment, as well as it being put in place during these current, unideal circumstances, it sparked confusion between both students and faculty. Beforehand, grades were managed by distributing different points to certain assignments – but with them all being weighed the same. High school Math teacher Michael Lewis believes that the implementation of these new ratios will better improve the way teachers more accurately and authentically reflect student performance.
“To teachers still not grasping it, I would describe it as coins,” said Lewis. “Not all coins have the same value though we still call them coins.”
Despite its ability to greatly impact student’s grades both positively and negatively, teachers believe that the implementation of this new system was created with the students in mind.
“Even though it might not seem like it to students…” said Groothuis. “…it is more beneficial to them in the long run.”