The Prom: Show your true colors 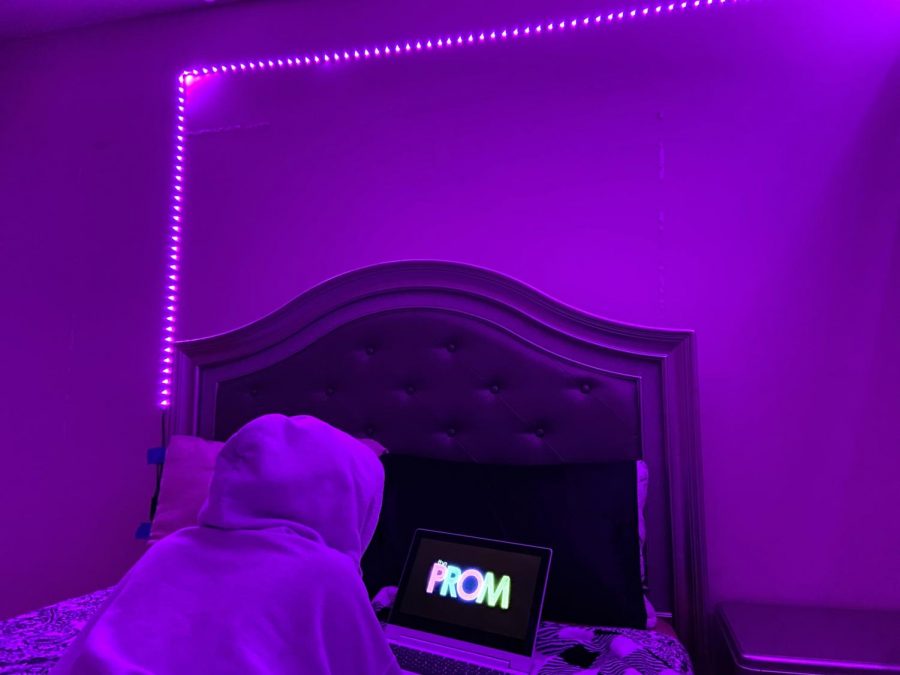 The Prom is available to watch on Netflix.

Prom is a movie that came out in late 2020. It is about a girl named Emma Nolan who wants to go to the prom with her girlfriend, Alyssa. However, the dance is then cancelled because the school and town do not approve of the LGBTQ+ community. Luckily, a group of Broadway stars come in and get the prom to happen; but Emma still gets bullied. This movie changed the game by showing people it is okay to love who you want to love. Many others around the world still do not accept the LGBTQ+ community even though we are all the same.

Kids all around the world are struggling the same way that Emma does in the movie. Emma was kicked out of the house by her parents and bullied constantly. Kids and teens try to find a way to come out to their parents and tell everyone who they truly are. This is one of the biggest problems in the world because there are homophobic people who believe that being homosexual is a sin.
People can have their own beliefs, but we should accept everyone no matter who they love. This movie was a great way to start off the year by seeing that we can love and be friends with one another no matter our differences. Sophomore Sophia Mora says,” This movie is about showing your true colors, and how everyone should always be themselves.” I believe this really goes with the message behind Prom because Emma proves that no one should change the way they are for others.

In addition, in the end of the movie Emma tries her hardest to show everyone that she is the same as them. After constantly trying, Emma gives up but writes a song and puts it on the internet to connect with other LGBTQ+ people. It immediately blows up and people in her school eventually come along. They throw their own prom and it showed so many kids it is okay to be yourself. No one should have to hide and pretend to be someone else. The goal of this movie is to connect us in a way that could not have been before.

Many people have given their take on this movie. Freshman Caitie Zilka says,” The message it sent to the world is that everyone should be loved with open arms no matter what which is super powerful.” She believes that being made fun of for something you cannot change is not okay. Other kids should not bully LGBTQ+ kids because bullying is never the answer. If someone does not like you, they should walk away, not constantly torture you.

This movie was a musical before it came to the screen. The movie starts off with introducing the Broadway stars who help teenager Emma Nolan show her town that there is nothing wrong with being a part of the LGBTQ+ community. The acting in this movie is amazing and they never seem to drag on the storyline. However, there were some parts of this movie that seemed like they did not need to be there. The relationship between the principal and Dee Dee Allen the Broadway star felt like it was not a part of the storyline. The point of the movie is to let everyone love each other and accept one another, and this relationship did not go along with the message.

Another part of this movie some people had trouble with was the song that got Emma’s classmates to accept the LGBTQ+ community. The song was unusual and seemed like a two-minute song could get people to accept one another. Even though they bullied her, they wanted to be her friend because of a song. The song “Love thy neighbor” did not seem accurate of how people accept each other.

Other than the little problems in this movie, it was an amazing way to start 2021 by showing everyone to be their true selves and not worry about what others think. The acting was exceptional and most of the songs were as well. This movie will be talked about for a long time because it showed kids, teens, and even adults that they should not struggle with how they feel, and nothing is wrong with them. It helps people connect all over the world, which is special because that does not happen often. Overall, Prom the movie is amazing and is more than just a few songs and characters. It is message and storyline will continue to help people who are afraid to be themselves.